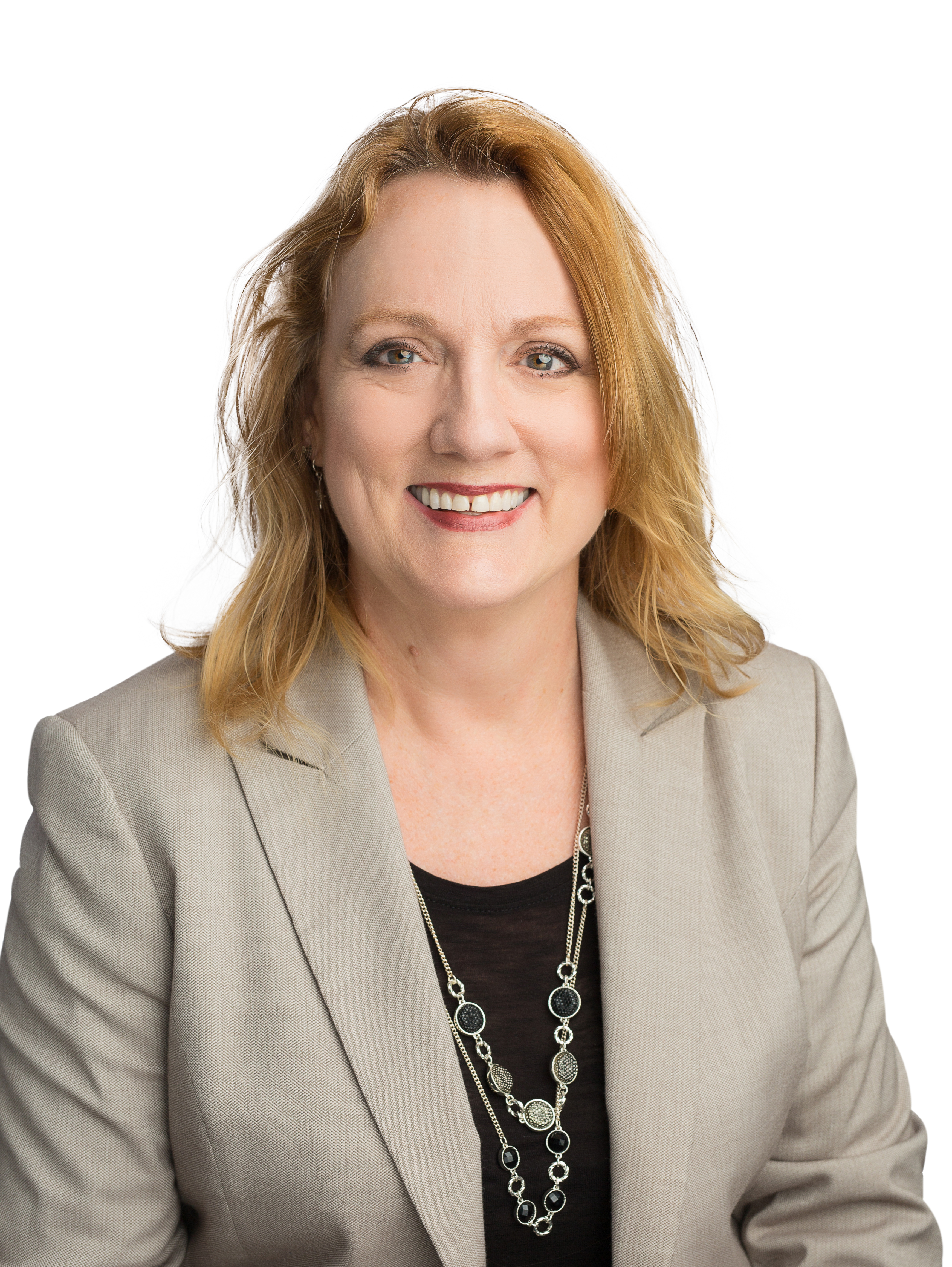 Dr. Janice Snow Rodríguez is the Executive Director of the TN Language Center (formerly the TN Foreign Language Institute). She holds a Ph.D. in Public Administration and M.A. in Spanish Literature. Dr. Rodríguez has been employed by TLC (formerly TFLI) since 1999, and is credited with researching and recommending a certification program for court interpreters for the State of Tennessee, adopted by the TN Administrative Office of the Courts. She is the Title VI Coordinator for the Institute, works on the TN Supreme Court's Access to Justice Committee for Interpreter Issues, and is a board member for the Metro Nashville Police Department's El Protector Program, and recently completed a six-year commitment as a Commissioner and Chair for the Metro Nashville Human Relations Commission.

She is member of or professionally affiliated with a variety of organizations and associations including Sister Cities Nashville, the Japan-America Society of Tennessee, TN Latin American Chamber, Nashville Hispanic Chamber, Global Nashville Project, the Global Chamber of Nashville, Williamson County Chamber and the Nashville Chamber of Commerce.

A native Nashvillian, she has two children, Javier and Claudia, and resides in North Nashville.  She enjoys traveling, gardening, pottery classes, singing, and listening to live music.  She speaks Spanish and Portuguese and has studied Italian and Arabic. 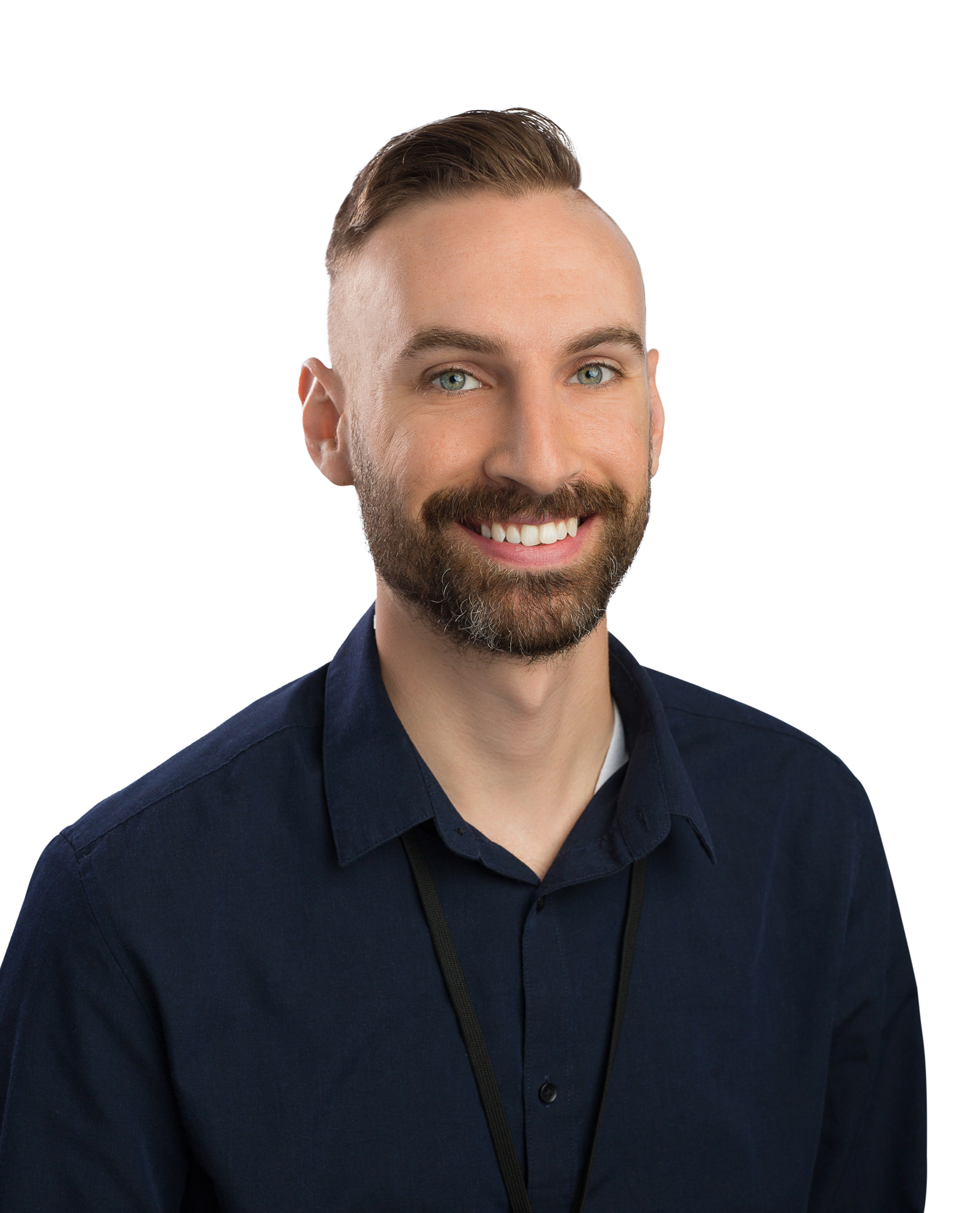 Eric serves as a Project Manager for Interpretations at TLC. His role of project manager began in 2018.  Eric has both bachelor's and master's degrees in Intercultural Studies and loves to interact with and explore different cultures and languages.  Eric lived in China for almost three years and has had many opportunities to travel throughout the world.

Eileen has served as a translator with TLC since 2020. She has a bachelor’s degree in Spanish from the University of New Hampshire and a master’s degree in political science from George Washington University. 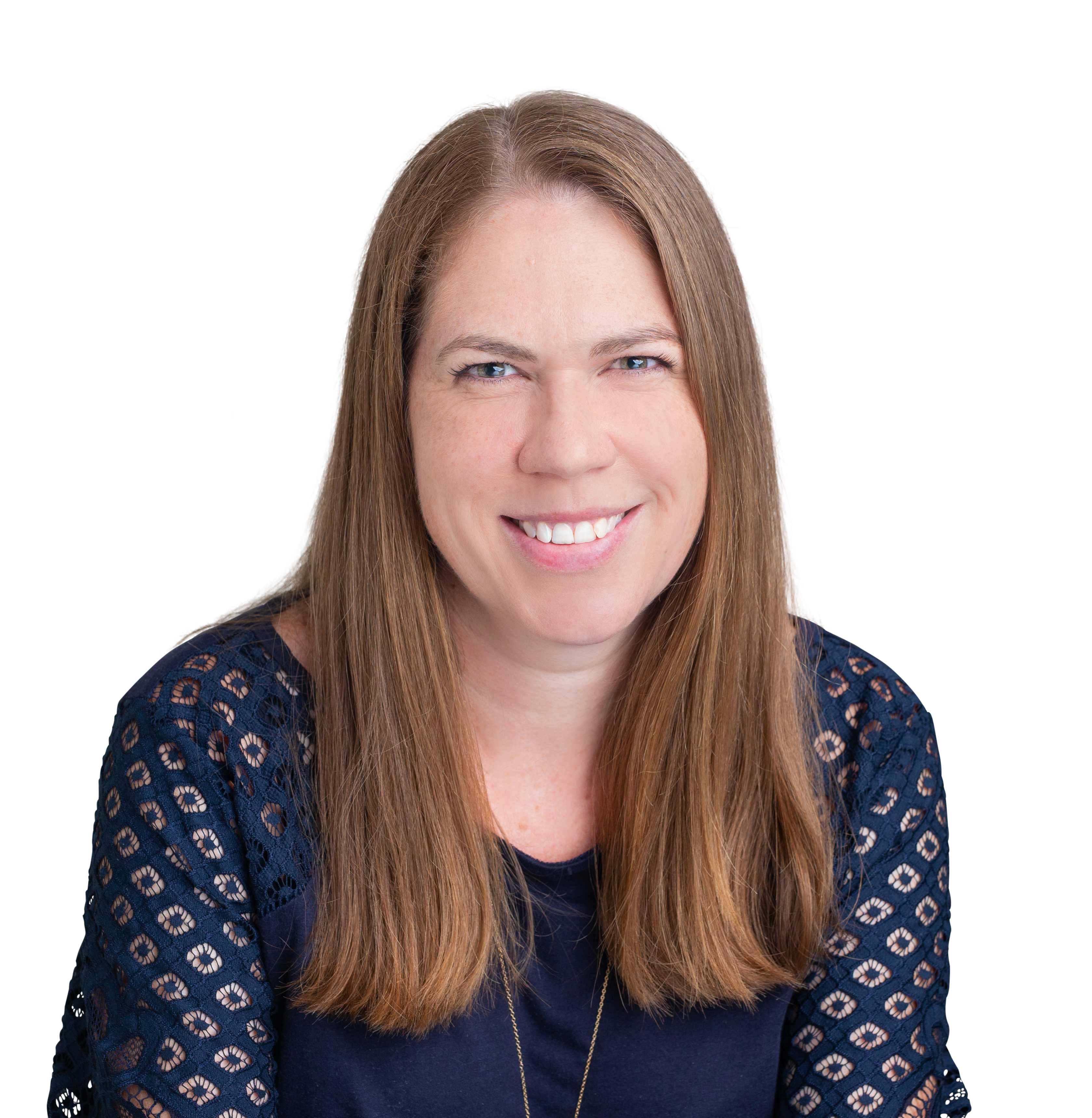 Brenda has worked at TLC since 2009. She holds a bachelor's degree from the University of South Africa, and is conversational in Afrikaans, German, and Czech.

Maya was born and raised in Bulgaria, a country where knowing languages is a must, especially now that it is a member of the European Union. She holds a bachelor’s degree in pedagogy of the teaching of Bulgarian and English as a foreign language and a master’s degree in educational management from the University of Veliko Turnovo, Bulgaria. Maya received an academic scholarship via the European Union’s Erasmus Mundus Programme to study in Spain at the University of Granada, Spain. The years she studied and lived in Spain as a student marked her life in a way that now she loves the Spanish peoples, cultures, and language as much as she loves her own.

In her home country of Bulgaria, Maya taught Spanish and English to adults and children at a private language institute and performed a great deal of translation and interpretation work, some of which was for the Educational Department of the Spanish Embassy in Sofia.

She has always loved her job as a teacher, and after moving to Nashville in 2007 to get married, her biggest hope was to continue to teach Spanish. Maya is happy to have been a Spanish instructor with the Tennessee Language Center (TLC) since then and to personally confirm what she had heard about the students and the teachers – they are the best! She looks forward to becoming part of your Spanish language learning journey, and she is excited about every single step of it!

Erin Edmiston received a bachelor’s degree in Business Management and Administration from Christian Brothers University and has over 20 years of accounting experience in several areas including administrative, government, customer service and real estate leasing. Her previous work experience includes positions with CBRE, NovaTech(formerly NovaCopy Inc), and Shelby County Government where she held a number of positions of increasing responsibility. 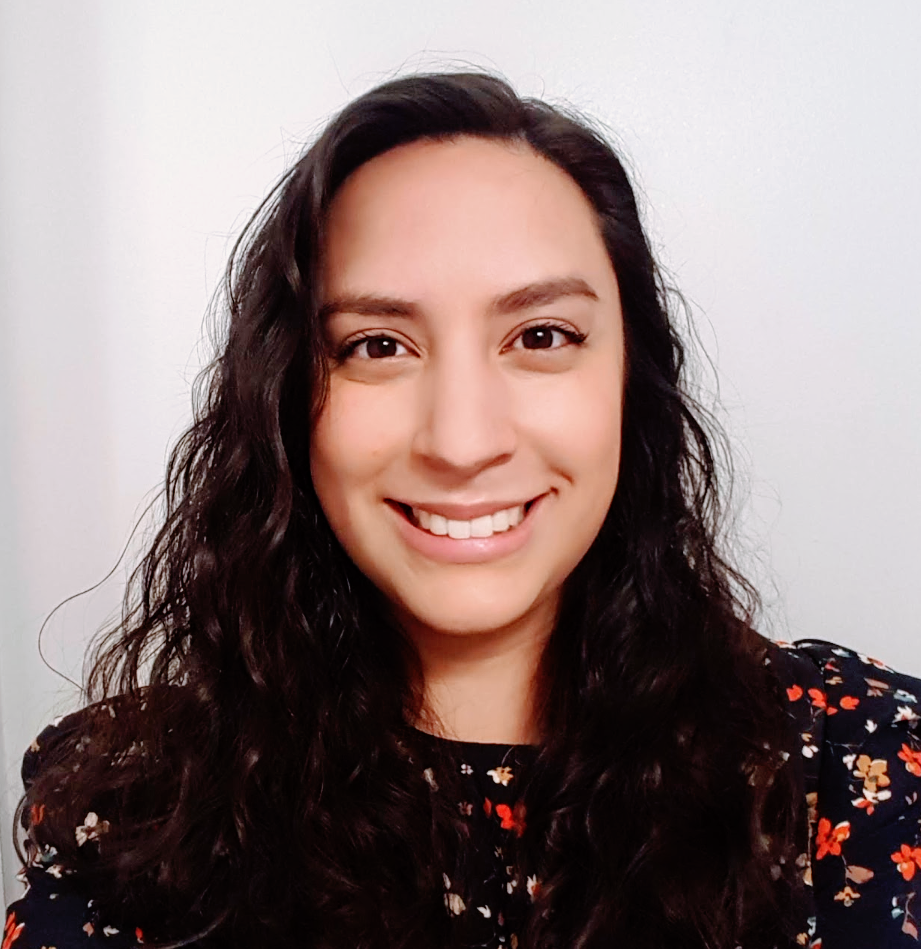 Irma administers placement exams to determine a student’s level in English and register new/current students for their ESL classes. She also creates the courses on the matrix website and communicate regularly with instructors on their availability.

Irma was born and raised in Middle Tennessee (Maury County). Her parents are from Mexico and a good majority of her family still live there. She has a 4 year-old-son, Mateo and a 9-year-old little dachshund, Jasmine. She is the first in her family to receive a high school and college education, and she graduated with a B.A. in Spanish with a minor in Communications from MTSU in December 2020.

After graduating from Auburn University and working several years as a legal assistant, a recommendation that she begin volunteering at World Relief as a mentor for a newly resettled family began her love of working with refugees.

In an effort to expand her teaching experience in hopes of working professionally as a refugee English teacher, she served as an Education and Community Development Specialist for the Peace Corps in the country of Georgia. There she worked at a public school, partnering with Georgian co-teachers to develop curriculum and teach K-12 English students. She also taught an advanced level English class for professional adults and a discussion course for government employees. She also worked with fellow Peace Corps volunteers to develop and implement a summer camp in a community of internally displaced survivors of war.

After returning to Nashville, she worked as an Education and Resettlement Intern at the Nashville International Center for Empowerment while earning her Teaching English as a Second Language Certificate from the Tennessee Language Center (formerly the Tennessee Foreign Language Institute.) Upon graduating with her TESL certificate, she began working as an English as a Second Language teacher for the ESL to Go program at TLC as well as the Center for Refugees & Immigrants of Tennessee.

After developing her teaching skills, she was offered a job as the Curriculum Coordinator of ESL to Go and has since been promoted to the Assistant Director of English Programs at TLC. She is currently also serving as a workgroup co-leader for GOAL Collective, a group of adult education providers working together to improve adult education access within Nashville. Erin also enjoys traveling, trying new restaurants, and exploring nature.

Adrian McDaniel was born and raised in Middle Tennessee and has always loved all things international. She earned a bachelor’s in International Relations from Middle Tennessee State University and a masters in International Business from Southern New Hampshire University. Adrian is a Returned Peace Corps Volunteer (RPCV) and served in Belize for two years as an elementary education teacher trainer with the Caribbean Centre of Excellence for Teacher Training (Caribbean CETT). She has over ten years of experience in global customer service operations and account management, including restaurant service equipment, automotive glass, international education program management and healthcare revenue cycle management. She enjoys traveling, journaling, reading, music and DIY crafts.

Cesar Muedas serves as Program Director for interpretation and translation services at the Tennessee Language Center. His role of supervisor began in 2014; his start as a professional translator and interpreter dates back to 1992. Cesar graduated from Yale University with a Ph.D. in Chemistry in 1991 and from Vanderbilt University with an M.B.A in 1998. Before his tenure in language service organizations, Cesar engaged in research and commercial work in Chemistry, business consulting, marketing, and sales. A native of Peru, he became a U.S. citizen in 2004.

Mahasweta has most recently worked as an early learning project coordinator at First Presbyterian Preschool in Franklin. She holds degrees from Berhampur University in India and the University of the Cumberlands.

Director of Marketing and Communications, TLC

Previously, she served as Communications Director at the nonprofit Bright Horizons Foundation for Children, where she supported fundraising and operations through marketing and communications for programs that served homeless children and families. She also worked for Vanderbilt University’s Public Affairs Department where she coordinated communications for the university’s multi-year greenhouse gas study as well as helping to develop the myVU intranet for employees. 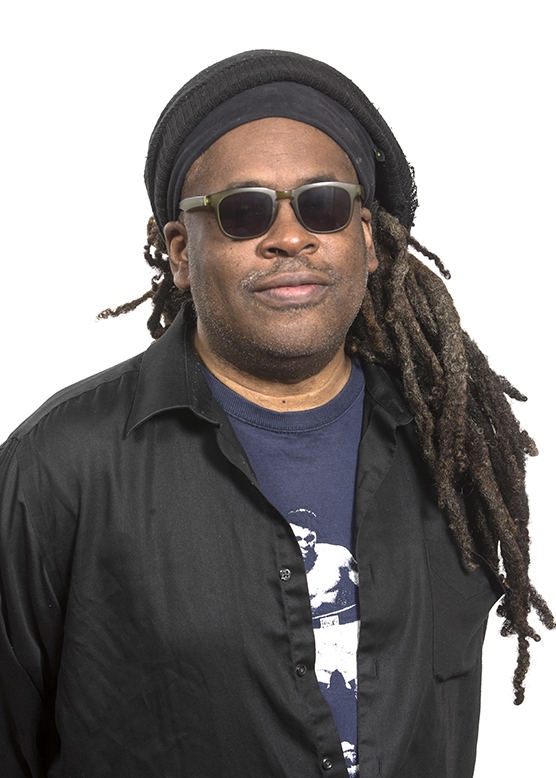 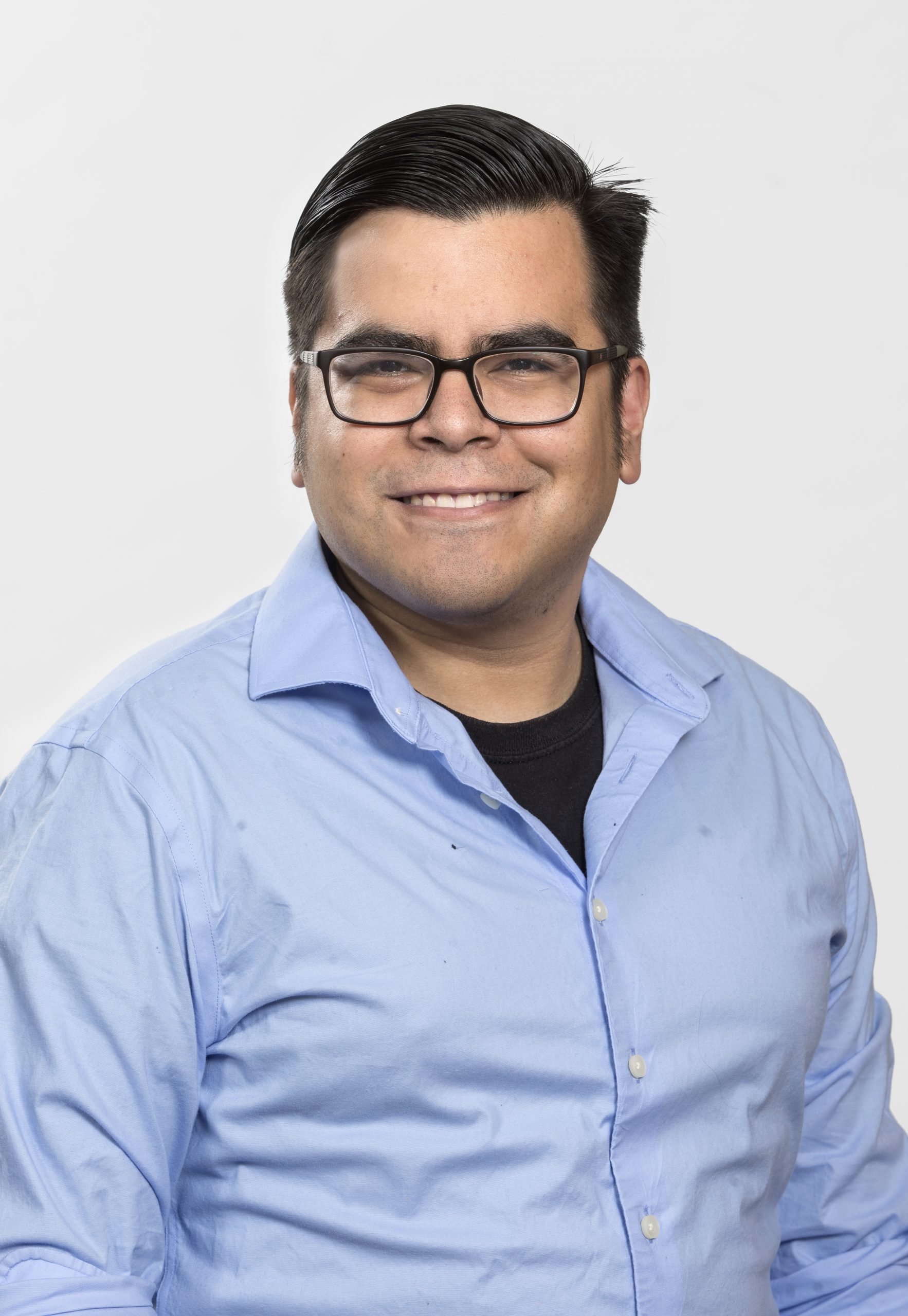 Richard originally hails from Lima, Peru, where he obtained a B.A. degree in Linguistics. In 2015, he came to the United States and now calls Nashville, Tennessee home.

He boasts 5-plus years of foreign trade and project management experience, and recently became a court-registered Spanish interpreter. Richard has been working for the University of Tennessee Language Center since 2019 as an Interpretation Project Manager and is pursuing a master's in Higher Education Administration at UT.

In his free time, Richard can be found taking pictures and developing film, or travelling around the state. 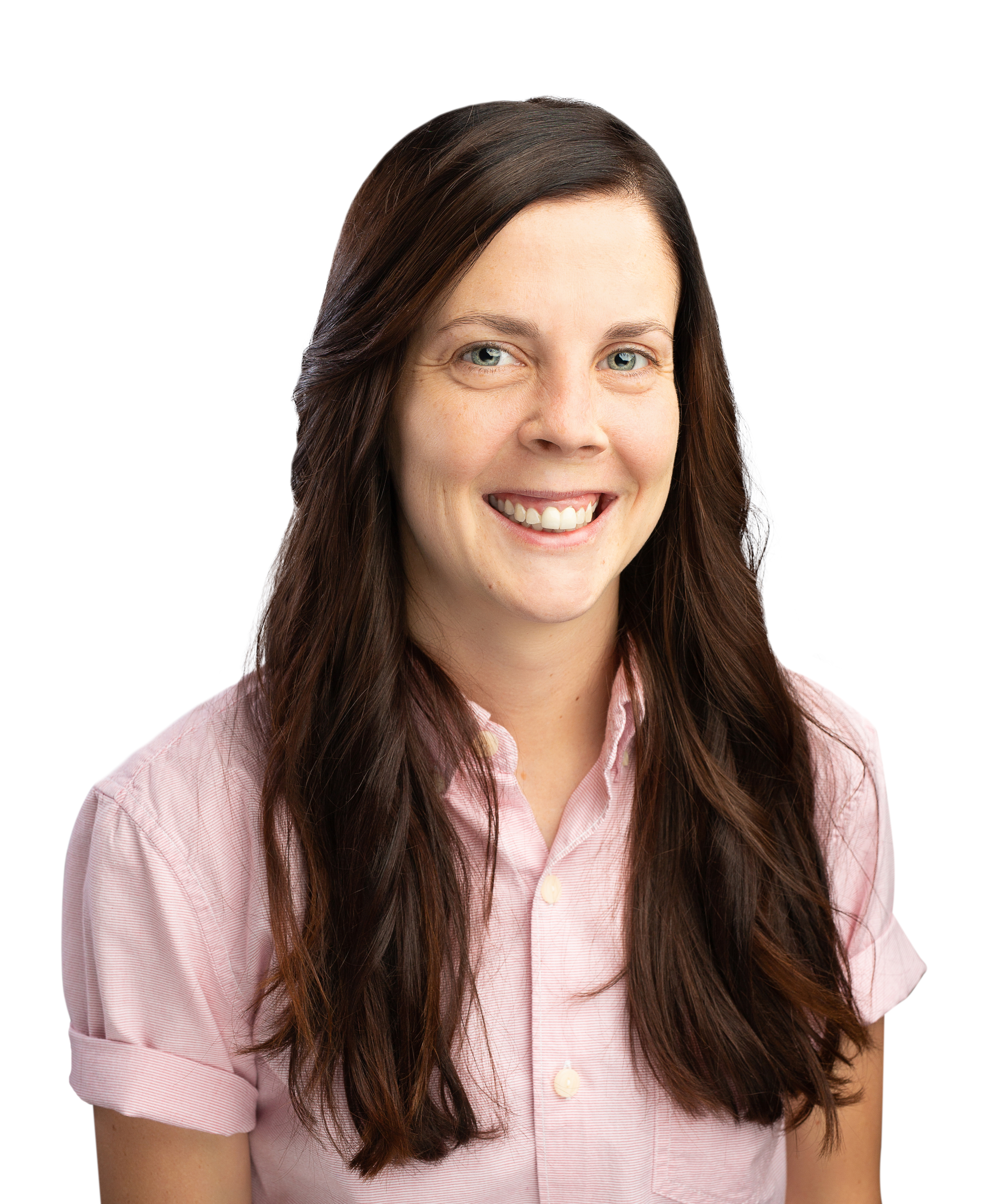 Jenny was raised in Tennessee and felt deeply connected to the people around her and the need to help people within our community. She went to MTSU and received a bachelor's degree in psychology with a minor in Spanish. but felt drawn toward the immigrant and refugee population. Jenny began volunteering at a local Spanish community center and Nashville International Center for Empowerment, where she then heard about a position for Youth Education Coordinator. She grew her skills and understanding working for the immigrant and refugee population. Then she took the 150-hour Teaching English as a Second Language (TESL) course and moved to the coordinator position at Tennessee Foreign Language Institute (TFLI). As other job positions opened, she applied for them and has become the director of English Programs overseeing the ESL and TESL programs. 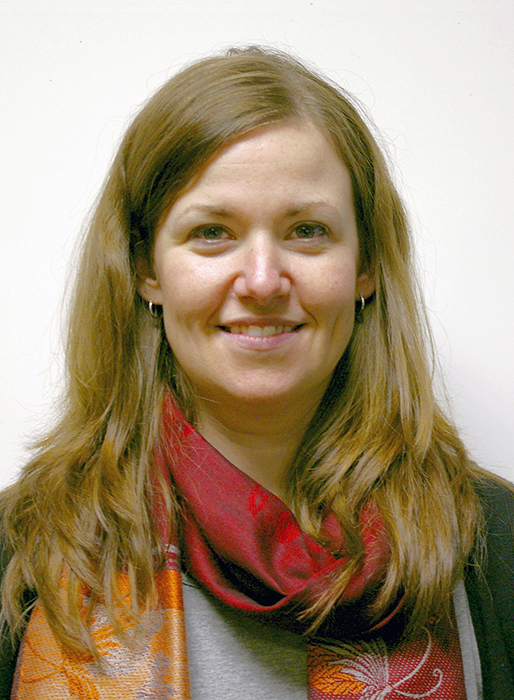 Jack Willey is the Coordinator of World Languages for the Tennessee Language Center (TLC). As an adult learner of Spanish and Portuguese, as well as a former Spanish teacher, he is passionate about supporting others across the state in their language and culture learning endeavors.

Prior to joining TLC, Jack founded the nonprofit Workers’ Dignity, where he supervised personnel across multiple languages, managed grant portfolios, and facilitated strategic development. A native of Flint, Michigan, Jack earned his bachelor's in Romance Languages at Wayne State University and master's in Spanish at Vanderbilt University.

Originally from Oak Ridge, Ramona has been the evening coordinator at TLC since 2018. She also works at the YMCA of Middle Tennessee as a fitness instructor for yoga, Pilates, and spin, and she is the weekend coordinator in the Y’s membership department. She has a bachelor's in Human Ecology from the University of Tennessee-Knoxville, and when she’s not working can often be found playing tennis or riding her bicycle.