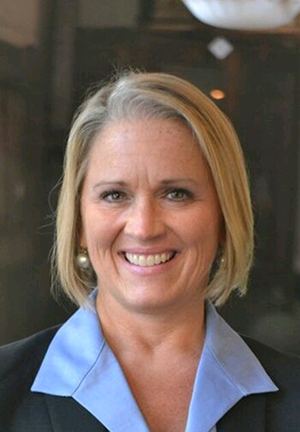 Kim Harmon serves as the Executive Director of the Naifeh Center for Effective Leadership (NCEL) at the University of Tennessee Institute for Public Service.  A Tennessee native, Kim Harmon previously served thirty years with the State of Tennessee with the Tennessee Department of Finance and Administration (F&A), the Tennessee Bureau of Investigation (TBI), and the Tennessee Department of Revenue.  As the Inspector General of the Office of Inspector General (OIG) in F&A from 2018 to 2022, Kim led OIG to identify and investigate TennCare recipient fraud by conducting timely, thorough, and accurate investigations.  From 2001 to 2018, Kim worked at TBI, initially as a Special Agent investigating Medicaid provider fraud for ten years and then as the Special Agent in Charge for the TBI Training Division.  Kim began her state service with Revenue as an auditor and then Special Agent.  Kim graduated Carson-Newman College in 1987 with a BS in Accounting, and in 2017 with a Master in Public Service degree from Tennessee State University.  Her leadership training includes TGEI, TGMI, LEAD, TBI Leadership Academy, Georgia International Law Enforcement Exchange, and FBI LEEDA trilogy.  She is married to a funny, hardworking, and smart man named Randy.  She enjoys laughing with her family which includes two daughters, a son-in-law, and a very special grandchild.

Adela Bonta joins the Naifeh Center as a training coordinator in the Nashville office. She comes to the Naifeh Center after serving as an academic advisor at the University of Saint Francis in Crown Point, Indiana. She has over 10 years of experience in education, both in the classroom and in administration. Adela holds a bachelor's degree in French and English from Babes-Bolyai University in Romania. She has a master's in English (Teaching English as a Second Language) from Bowling Green State University and recently received her master's in business administration from St. Leo University. 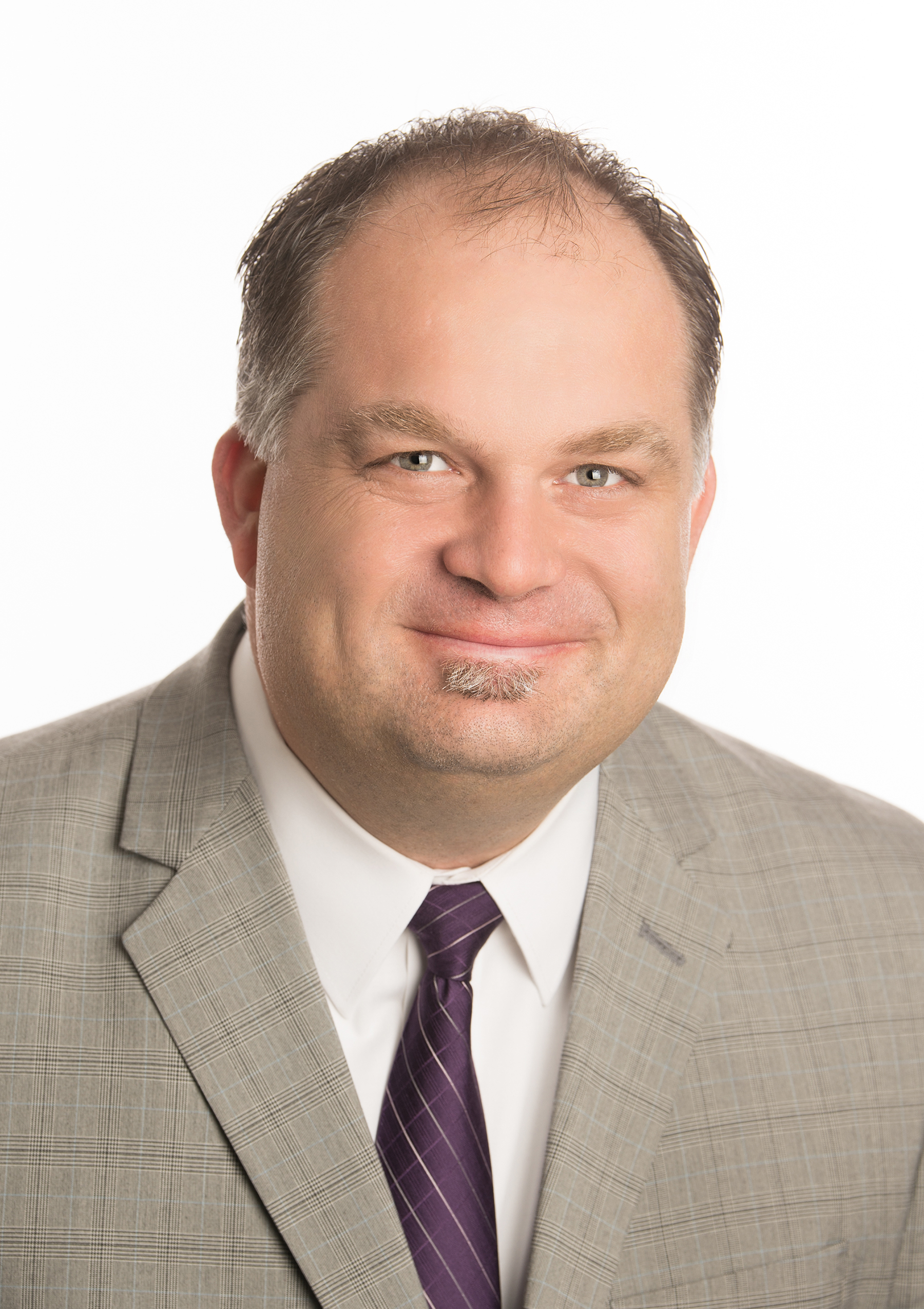 Trent Clagg serves as a Training Specialist of the Naifeh Center for Effective Leadership (NCEL) at the University of Tennessee's Institute of Public Service.  Originally from Idaho, Trent Clagg has been involved in service and leadership for several years.  He is the product of three generations of leaders and speakers.  He is a graduate of Lee University earning a degree in Communications, with an emphasis in Telecommunications.  Later on he received his Master’s degree in Educational Leadership from Lincoln Memorial University. He married Mary Hamilton in 2000, and they moved to Lenoir City, TN.  In 2002, he accepted the position as the Manager of the Clayton Performing Arts Center at Pellissippi State Community College in Knoxville, TN.  After serving almost ten years, Trent accepted a position at Lincoln Memorial University to work in the Assessment department and successfully aided the Carter and Moyers School of Education in attaining the honorable National Council for the Accreditation of Teacher Accreditation (NCATE).  Trent has served in multiple leadership capacities in his career including a local non-profit where he has served as a motivational speaker since 2006.  He has been a featured speaker at several camps in the Pacific Northwest as well as many venues in East Tennessee.   He enjoys spending time with his family, discovering the outdoors, and horseback riding.  Trent and his wife Mary have three beautiful daughters, Abby, Annabeth, & Amelia. 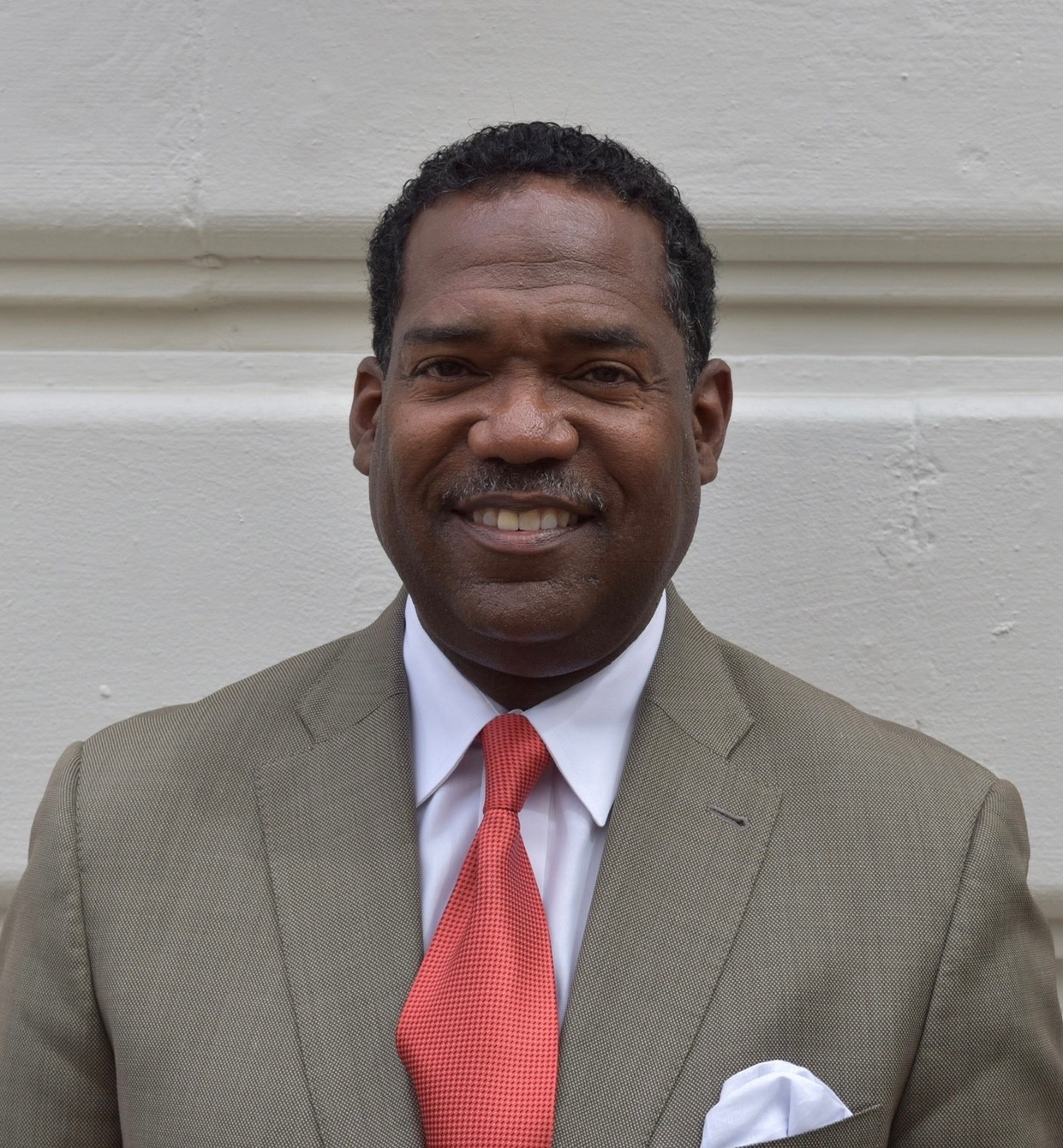 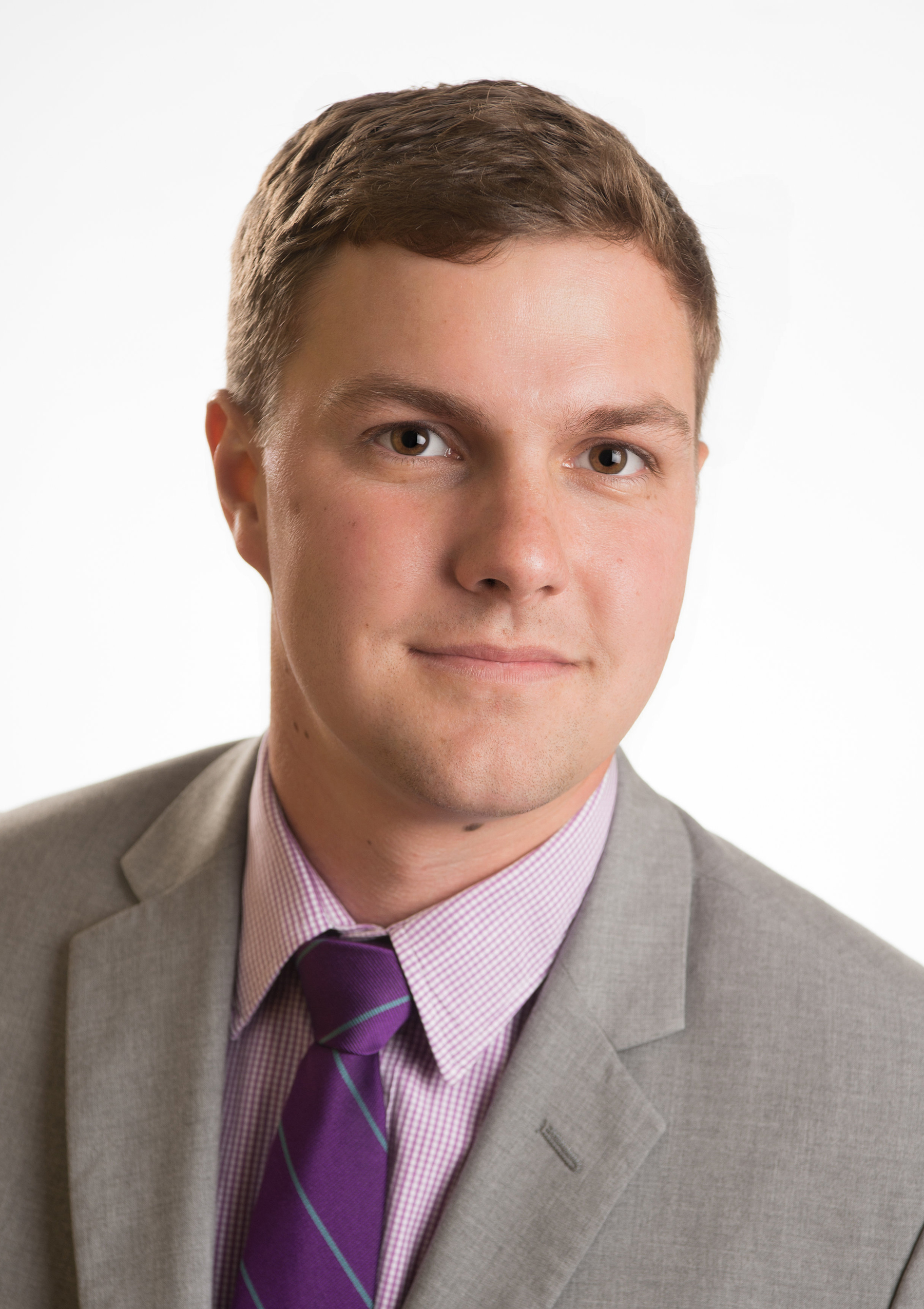 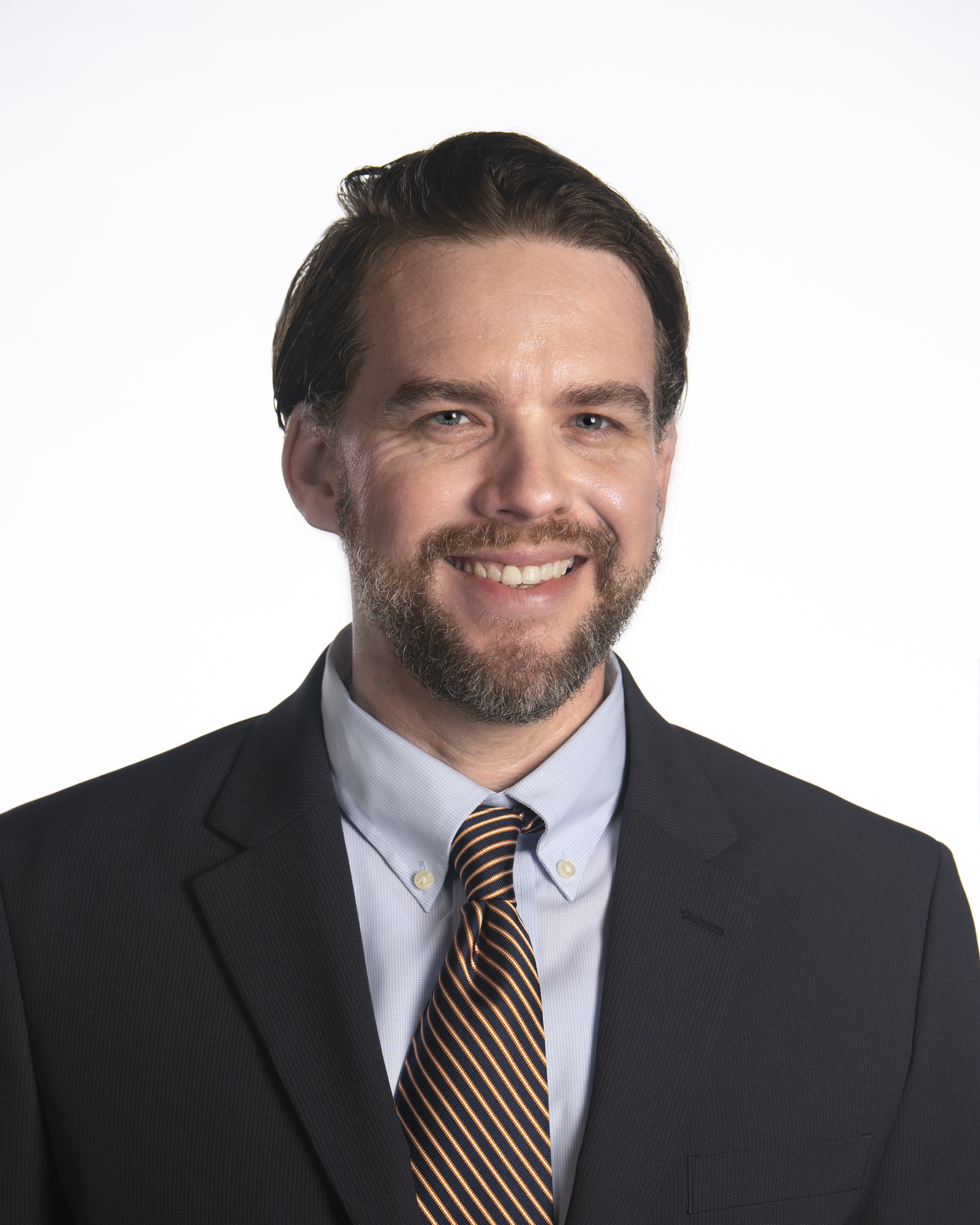 Will Porter serves as a Training Specialist of the Naifeh Center for Effective Leadership (NCEL) at the University of Tennessee’s Institute of Public Service. Prior to joining NCEL, Will worked in Training & Development and Human Resources roles at both Encompass Health and the University of Alabama at Birmingham (UAB). In these roles, Will coordinated training activities, assisted with leadership development programs, and served as a resource in employee development and coaching. Will received a bachelor of Business Administration from Auburn University and obtained a Master of Public Administration from the University of Alabama at Birmingham (UAB). In his free time, Will enjoys spending time outdoors, tennis, and reading.

Jeff Stiles serves as the Leadership Programs Manager of the Naifeh Center for Effective Leadership (NCEL) at the University of Tennessee Institute for Public Service. Jeff Stiles served the citizens of Knoxville as an officer with the Knoxville Police Department for 28 years, retiring as a Captain. During his career, he served as a patrol officer, patrol sergeant, patrol lieutenant, police academy instructor, supervisor of the Field Training Program, Organized Crime Unit supervisor, Training Director, and Commander of Tennessee’s Internet Crimes Against Children (ICAC) Task Force. He also served as a member of the Department’s Special Operations Squad (SWAT) for 20 years. Jeff is a graduate of the University of Tennessee. He is also a graduate of the Southeastern Command and Leadership Academy and the Federal Bureau of Investigation National Academy (Class 256). He completed his Master’s Degree in Business Administration in 2014. For nearly 25 years, Jeff has facilitated and managed training sessions for local, state, and federal government employees, as well as numerous private companies across the nation. In his free time, he enjoys camping and hiking. He is married to Amy and has three children and two grandchildren.

Since 2019, Tanya has served as a Training Specialist for the Naifeh Center for Effective Leadership (NCEL) at the University of Tennessee Institute for Public Service.   Prior to joining the university, she served the State of Tennessee for 15 years in the Departments of Health, Mental Health & Developmental Disabilities, and Correction.   Tanya has earned a bachelor’s degree in Industrial Electronics, a master’s degree in Business Administration, and a graduate certificate in Public Administration/Executive Leadership from Tennessee State University.  She is a recent graduate of the Certified Public Manager program as well as a Qualified Administrator of the Intercultural Development Inventory, and serves as an Executive Coach. Tanya has volunteered as a tnAchieves mentor for over five years and is a board member for two organizations - a local comprehensive health center as well as a nonpartisan organization established to engage, encourage and endorse qualified women to be elected to public office. She is a member of the Junior League of Nashville where she has worked on the Needs of Nashville and Advocacy committees, and currently serves as the Chair of Diversity Equity and Inclusion (DEI) Education and Events.  A native of Nashville – Tanya resides there with her husband, Andrayus, and their four beloved children.