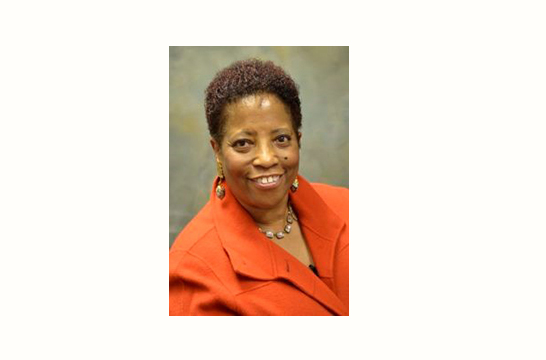 This is a difficult question because I truly feel that my tendency to always strive to be my best causes me to see challenges and hardships as the time to analyze the circumstance and figure out how to achieve, in spite of.  Challenges and obstacles are recognized, studied, and analyzed. I strive to figure the best way through them.  I also always attempt to perceive whether or how I may have contributed to the situation. There have been challenges I’ve had that have stemmed from others’ prejudice and even sometimes malice, but, again, you work around and through the hardship. For the most part, gratefully, I’ve succeeded using this strategy. Being competent, collaborative and confident are the tools that I use to positively reshape hardships and obstacles.

On the other hand, a personal challenge I’ve had in my career is self-promoting.  By that I mean, my belief was that my competence would be noticed and noted by others.  Self-realization then arrived.  In professional settings, promoting one’s competence and aptness can be helpful.  However, I grew up as a Southern, only-child (i.e., no siblings with whom to compete), girl-child to older parents, in the ‘50s.  This was the incubator for being competent and working to be the best that you can, but not an incubator for self-promotion.  Growing up, self-promotion wasn’t a paradigm that I often observed among females.  Throughout my career and in roles in professional associations, when challenges arose I had to learn to be intentional about promoting the strengths I have.

As a speech-language pathologist, one of my greatest professional accomplishments was being elected and serving as president of my professional association, the American Speech-Language-Hearing Association (ASHA).  In 2007 when I served as president, membership was 140,000.  The association has grown significantly since I served as president to 190,000 members.  It was a major professional accomplishment – particularly as an African American,  to be elected president of this large association with only 2.8% of the members being African American.  Being elected president of such an important association was actually scary. When I got the election news, I was honored, happy and nervous all at the same time.  The three years serving a President-Elect, President and Past President were the hallmarks of my career.  I think receiving The Harvard University Foundation Medallion for Intercultural and Race Relations in 2007 and being awarded Legacy Laureate in 2016 by my doctoral alma mater, the University of Pittsburgh, were wonderful affirmations of my career.

Personally, aside from the joy and pride being a grandmother to an amazing 16-year old grandson, a mother and wife, the personal accomplishment of which I’m most proud is, since 2015, being president of the board of trustees of an amazingly progressive, globalminded, independent/private school in Memphis, Lausanne Collegiate School.  One of only 19 schools in the country with International Baccalaureate curriculum from 1st – 12th grade, Lausanne is the most diverse independent/private school in the nation.  The amazing setting – no passive sit-in-the-seats instruction, all active learning with individual and group projects – leads to educational innovation being the norm.  Being president of the board of trustees is a  community commitment that gives me tremendous pride.

The most influential factor that helped me achieve was the environment in Durham, NC, where I was raised. Working hard in school, participating in church, caring about others, being civically involved, working for equity were modeled for me by my parents and others in my community. In my home, achievement was admired and was expected.  My parents lived by principles that shaped me: character was extremely important, being humble and respectful was required, achievement was valued. My parents also taught me to consider the least traveled path, to follow advantageous opportunity.  And they lived by Luke 12:48: From everyone who has been given much, much will be demanded; and from the one who has been entrusted with much, much more will be asked.

Barack Hussein Obama.  Obama was inspirational from the moment we heard his keynote speech at the Democratic National Convention in 2004.  We listened to him and asked ourselves, “Who is he?”.  His campaign for president broke the mold.  The extensive use of the internet by his campaign was a first.  This relatively unknown took the Democratic nomination from the Democratic heir apparent.  This man, his family, his story, his intellect, his charisma projected hope.  And then he won.  I was intrigued by the fact that he truly was African American, mother was American and father was African.

Barack Obama, the 44th President of the United States, is truly iconic.  He assumed his presidency inheriting an immense economic recession and a war.  Early on he spoke about race issues in America and U.S. – Muslim relations, articulating respect for and understanding of the Muslim world.  He conceptualized improved access to healthcare which led to the passage and implementation of the Affordable Care Act, which was revolutionary.  And, he was awarded the Nobel Peace Prize.  It’s my opinion that President Obama was the most ethical, caring, competent, and inspirational leader in the nation’s history.  He was immensely respected among world leaders around the globe.

When I was in the sixth grade, Ahmed Sekou Toure, the first President of the Republic of Guinea, visited Durham.  My father took me out of school to go to the airport to see President Toure as he departed.  He told me that he took me out of school because he wanted me to see a Black president.  Of course, I thought about my parents on January 20, 2009.

I suggest beginning with a SWOT analysis.  That way you are explicitly aware of the weaknesses and threats to achieving this goal by 2022, as well as being explicitly aware of the strengths and opportunities that are related to accomplishing diverse hiring within IPS. Two, scrutinize the search process.  Quite often conventional venues for announcing vacancies and recruiting applicants don’t yield any or many diverse applicants.  Rather, I suggest a personal and proactive approach.  As you travel across the state and as you travel to local, state and national meetings, when you meet people you would like to see joining IPS, invite them to apply.  Three, once there are diverse applicants, it’s imperative that the interview process be non-biased.  Often unintentional bias occurs, which discourages or eliminates qualified diverse applicants. I strongly suggest that IPS consider employing the STRIDE for Staff program which is being initiated at UTK. This program works with search committees for staff positions by providing training in recognizing and eliminating unintentional bias that can occur in the search process. IPS is to be commended for its commitment to increasing the number of diverse hires.