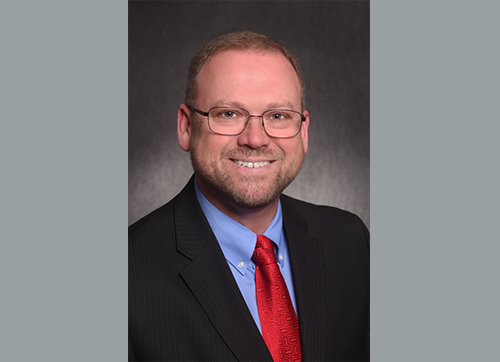 “Local government is where the rubber meets the road” has been a phrase I’ve heard off and on during the two decades I’ve been in public service. Many a politician and bureaucrat share the adage as they talk about the importance of being on the front line in service, whatever the government role.

As we head into September with a new slate of county officials, fresh off their election in early August, the saying comes back to mind. During a major training event recently held by the University of Tennessee County Technical Assistance Service (CTAS), an agency of the UT Institute for Public Service (IPS) one of the speakers there pointed out that our county officials – everyone in the room – are the “face” of government for every Tennessean. Add to that the death of prominent U.S. Senator John McCain, who had more than 60-plus years of public service, and the saying hits even harder as we are reminded that our public service has a purpose, a name and a face.

All 6.3 million citizens of our great state are served in some way by a county official, whether it is filing that amended document to add a spouse to a deed, renewing license plates for the next year, driving down the road past a patrol car, or hearing debate on a proposed budget amendment.

When Rodney Archer, executive director of the County Officials Association of Tennessee (COAT), spoke to the group of Tennessee county officials attending the CTAS training event, he offered them a simple reminder of the trust the public has placed in their newly elected government officials, including every one of the people in that room that evening. He said their service was for a constituency of friends and neighbors, all with names to go with those faces who voted them into office. Or, campaigned against them.

The group Archer spoke to that night takes their oaths and will start a four-year term on September 1, hitting the ground running as they begin the day-to-day duties of their office. The CTAS training program is designed to provide legal and technical advice for those officials, some of whom have never served, as they take over their new duties. Keeping the office running smoothly, despite the personnel change, is a primary goal of the training.

“County officials set the tone for what our 6.3 million citizens think about and how they feel about their governments, regardless of the level – federal, state or local,” said Archer. When residents think of government in general, their first thought is that county trustee or county clerk. They think about the county mayor who might be leading a commission meeting, where a rezoning issue is being hotly deliberated.

Their county government is the first to come to mind because it is the first line of government for a majority of Tennessee residents, Archer said. That relationship, whether good or bad, is what sets the tone for how citizenry perceive government as a whole is in their lives.

Archer speaks the truth and it goes to the heart of why so many government officials do what they do each and every day. I cannot tell you how many I speak with whose hearts are genuinely turned toward making their communities and the lives of residents even better than they are today.

As county officials take office for a four-year term on September 1, government service does not stop or even slow down. If needed, law enforcement will still respond the first minute of a sheriff’s new term, auto licenses will still be issued and, yes, will still be collected. All of these things will occur without a hiccup, mainly because of the commitment to service these county officials have.

Citizens are not nameless faces. They are our neighbors, the folks who sit alongside us on the same church pew or share the road as we commute to our jobs every day. They are the ones who cheer for the home team at the local football game on Friday night or grieve at the local funeral home when a friend or family member passes.

It is in the passing of John McCain that we are reminded this week of the importance of keeping an active eye out for what draws us to public service in the first place. It is that purpose of leading through service those people we interact with every day, as well as those we have not yet met, and being able to service those 6.3 million Tennesseans who see us, know us and call us out when they need their government officials. They are the names and faces we dedicate ourselves to, regardless of race, creed or color, political party or religion. As both Senator McCain and Rodney Archer would advise, we are the face they look for in their time of need.

Brett Howell is a communications specialist with the UT County Technical Assistance Service.