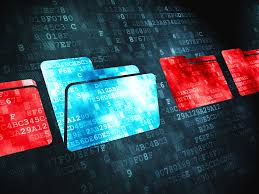 Providing a greater level of service with fewer resources has become the new norm for county officials in Tennessee where, despite a growing population inching toward seven million within the next few years, maintaining the most basic county services such as schools, law enforcement, roads and bridges is becoming more fiscally difficult.

One would think that the increased number of new taxpayers would simply cover the cost of maintaining the status quo. However, like their constituents, county officials are not content with running in place without bettering their communities through improved quality and timely service. They ran for office or were appointed to make the best better, to borrow a phrase from the Boy Scouts.

Hamilton County Juvenile Court Clerk Gary Behler and his staff are examples of how Tennessee county officials are facing that task. They just celebrated the completion of a years-long initiative to create a digital solution that allows his staff, the juvenile court judge and court magistrates to quickly reference more than 4 million documents managed by the office. The technology solution, in which every one of those paper documents were scanned and indexed for searchability, helps officials make more immediate and effective decisions on behalf of the children and families that come and go through their Hamilton County offices just east of downtown Chattanooga.

In everyday terms, imagine your own computer or television habits. We walk around with laptop computers and cell phones and enjoy instant access to most anything on the Web. In fact, we can even watch our favorite football game live or a two-hour hit movie, all from our portable electronic device, whether we are sitting on a park bench or standing in line to get our vehicle tags renewed.

Now imagine if that were to all go away. Our search for answers, instead, leads us back to our bookcases in the library or den. Television is enjoyed at home in front of a stationary set and we certainly don’t take it with us. That has a similar impact on the juvenile court clerk’s office. It translates into heavy files, some thousands of pages for a single minor’s case. Those volumes are lugged back and forth to the court room, where the judge hears the case. Searches within those massive files were done by hand, a slow and tedious process that makes productivity slow as the judge and other court staff wait. In turn, customers and attorneys and law enforcement and others also wait.

Have I painted a bleak enough picture? It made for some tedious, grueling days, to say the least.

This project now puts those same documents in front of the judge at most any time – pre-hearing on a difficult case, on weekends when an incident involving a juvenile occurs, during emergencies when a child’s safety warrants immediate attention. The judge needs the ability to make a decision without calling court staff to get those documents to his courtroom for a late-night hearing.

The decision can be made now because the data is available.
According to Gary Hayes, a colleague at The University of Tennessee County Technical Assistance Service (UT CTAS) who provides direct assistance to Hamilton County, the Hamilton County Office of Juvenile Court Clerk is the first in the state to implement such a digital system for its daily workflow. The project is an example of the latest in a long list of technology initiatives tackled recently by county governments looking to better serve their constituencies.
So, while new carpet will soon don the hallways and office of the juvenile court clerk’s office, it is not just the aesthetic appeal of improvements that drove that train. Sure, the worn remnants bear the permanent imprints caused by tons of paperwork stored through the years. It is a change in operations that Behler and his staff have embraced and one that merits accolades.

Did the project cost money? Yes, it did. However, you must consider the off-setting costs of such things as lessened overtime for employees who had to run into the office, collect the appropriate case files, and appear before the judge. That does not include security the sheriff provides for such an event. Then consider the long-term storage of those massive files, at least 25 boxes for a single case, for instance.

Tennessee counties are doing a number of things day in and day out to better their communities. While they might be criticized for spending the money, they are recording successes that are making the investments worth the public’s time and energy.

As for Behler, the completion of this project means just one thing. Now his attention can turn toward even greater efficiencies, perhaps an e-filing process for court documents, further lessening the paper that comes through the front door.

Brett Howell is a veteran communications specialist for UT CTAS based in Middle Tennessee.