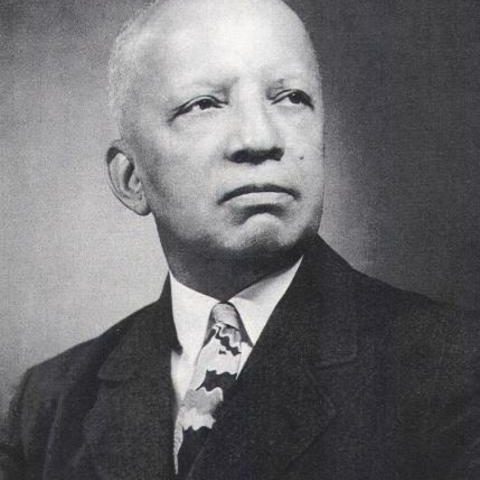 Last week, the IPS Diversity Committee met and discussed action items that we would like to accomplish over the next year. One of the things that we decided to do is spotlight all of the nationally recognized heritage months. So, each week in the month of February, we will spotlight an African-American who has made extraordinary contributions to society, in celebration of Black History Month. This week, we spotlight Carter G. Woodson who is known as the “Father of Black History Month.”

Woodson was born in Canton, Va. in 1875 to two former slaves. At a young age he worked as a sharecropper and miner to help support his family. According to historians, he entered high school at the age of 20 and completed four years of course work in two years. Over the next few years, Woodson obtained an undergraduate degree from Berea College in Kentucky, worked for the United States Government in the Philippines as an education superintendent, and obtained a master’s degree from the University of Chicago. In 1912, Woodson received a doctorate degree from Harvard, becoming only the second African-American to receive a doctorate from Harvard, behind Dr. W.E.B. Du Bois.

Woodson dedicated his life’s work to promoting the study of African-Americans’ contributions in this country. He once remarked:

In addition to the lectures he gave, classes he taught, and letters he penned, he wrote more than a dozen books over his career, the most famous being Mis-Education of the Negro in 1933. He felt that it was critical that African-Americans’ contributions be remembered and taught in schools at every level because in his opinion, those contributions were often “overlooked, ignored and even suppressed by writers of history textbooks and the teachers who use them.” In 1915, Woodson helped found what is known today as the Association for the Study of African American Life and History. In 1926, Woodson, working with the association, observed the first Negro History Week, the forerunner to Black History Month. It was held the second week in February to coincide with the birthdays of Frederick Douglass and Abraham Lincoln. Over time, Negro History Week grew in prominence and came to be observed in some capacity in nearly every state. Then, in 1970, a group of Kent State students took up Woodson’s cause and lobbied to have a nationally recognized Black History month. While Woodson was not alive to see his dream come to fruition, in 1976, President Gerald Ford officially recognized Black History Month during the United States Bicentennial. Today, Black History Month is observed and celebrated in the United States, Canada, the United Kingdom and the Netherlands.

Woodson died in Washington D.C. on April 3, 1950, but his legacy will live on forever. He was a trailblazer who made an indelible mark on American society and today, we celebrate him.