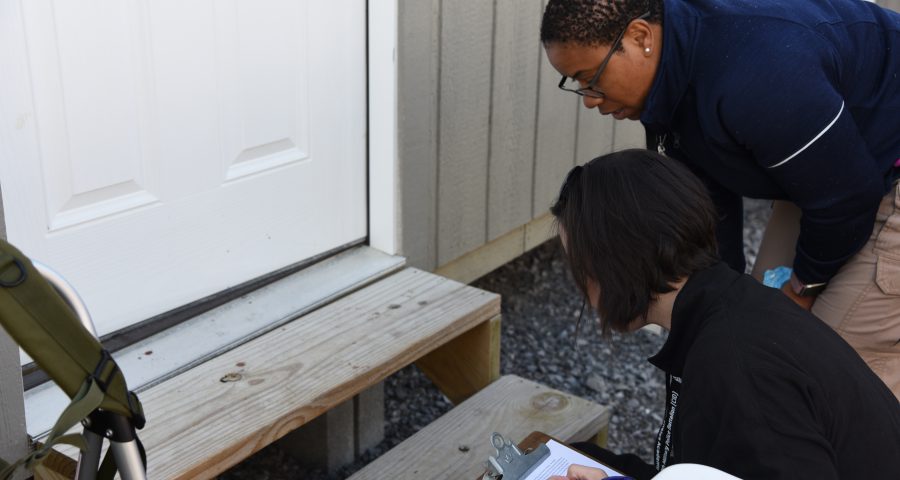 “They sent two CID agents in 2003, but didn’t send others until 2014 when myself and another agent came. Since then, we’ve had agents in every class and now we have up to six agents in a class,” said Chief Warrant Officer 2 and CID Special Agent Elizabeth Rodriguez.

Rodriquez, who is stationed at Fort Jackson, S.C., is another example of the growing partnership between LEIC and the Army CID. She spent 10 weeks in Oak Ridge during the most recent NFA Session 50 on temporary duty assignment from the U.S. Army where she assisted the NFA’s subject matter experts in their training deliveries.

“I assisted (LEIC Training Specialist) Tim (Schade) and the NFA instructors during my time here,” she said. She was also able to listen in on some of the courses during the 10 weeks to help keep her investigative skills sharp.

“The idea for this competition came about over dinner one night,” said LEIC Executive Director Rick Scarbrough. “They are familiar with all of our facilities and expertise to help them make this a successful event. We were excited to host them and to showcase our program to even more people.”

The participants went through training on the first day in everything from post-blast investigation to shooting scene reconstruction to bloodstain pattern analysis. Competition started on the second day with an opening ceremony before the teams split up to investigate seven different crime scenes. The scenes tested the technicians’ aptitude in various areas of forensic investigation including digital photography and bloodstain pattern analysis. A grader was stationed at each scene to keep track of time, answer questions from the investigators and grade the teams on their work.

Rodriguez said she’s grateful for the time she was able to spend in Oak Ridge.

“The more I keep my skill set sharp, I can take that back to my battalion,” she said. “This has been a great refresher for me and I’ve learned new techniques.” She also said her experience with the NFA will generate interest among other CIDS who want to attend the academy in the future.